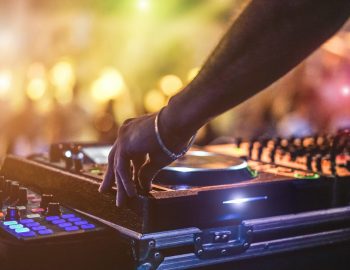 One can never forget the legendary fight between  Mike Tyson vs Roy Jones Jr. and Snoop Dog as the commentator. The entertainment master blasters Triller co-owner and Snoop Dog have yet again come together with action and entertainment-filled pro boxing league events. Yes! Then the rumours of this duo collaborating are very much true, so fans sit back and wait as we break the news to you. Ryan Kavanaugh Video of him talking about relativity media and then Jake Paul and how boxing needed show business to stay alive and afloat in the television world brings him to introduce a new pro boxing league event called ‘The Fight Club’ in collaboration with the famous rapper of all time Snoop Dog.

This league is owned by Proxima, a Hollywood mogul and music studio. It is also the parent company of Triller and is also the contractor of Snoop. They both believe that the way boxing is done has to be changed, and they are all set to back Ryan Kavanaugh’s vision for it. When someone says boxing, the first name that comes to mind is Mike Tyson. And Kavanaugh is all set to play the Mike Tyson card in the boxing through the league that he is introducing that puts both sanctioned and non-sanctioned fights together.

It is not like the news of Snoop’s, and Kavanaugh’s collaboration was enough to stir the crazy among fans. Kavanaugh had left the audience in mystery and excitement when he said that if they think that Tyson Vs Jones Jr. was big, they are nowhere near what to expect at the launch of The Fight Club. He said that it would be even larger than the worldwide appetite perspective, and it would be something that the people would find pleasurable and enjoyable to view. And more than anything, he is happy to collaborate with Snoop Dog and is excited to have him back in the announcer booth. Snoop Dog will also be handling the booking of fights and all the musical and entertainment acts.

Since the introduction of the UFC- Ultimate Fighting Championship, the surge of craze after boxing has reduced. But with Snoop and Kavanaugh’s collaboration, they may have exactly what boxing needs. In the Ryan Kavanaugh Video, you will find all the action and entertainment they have packed and planned for us.