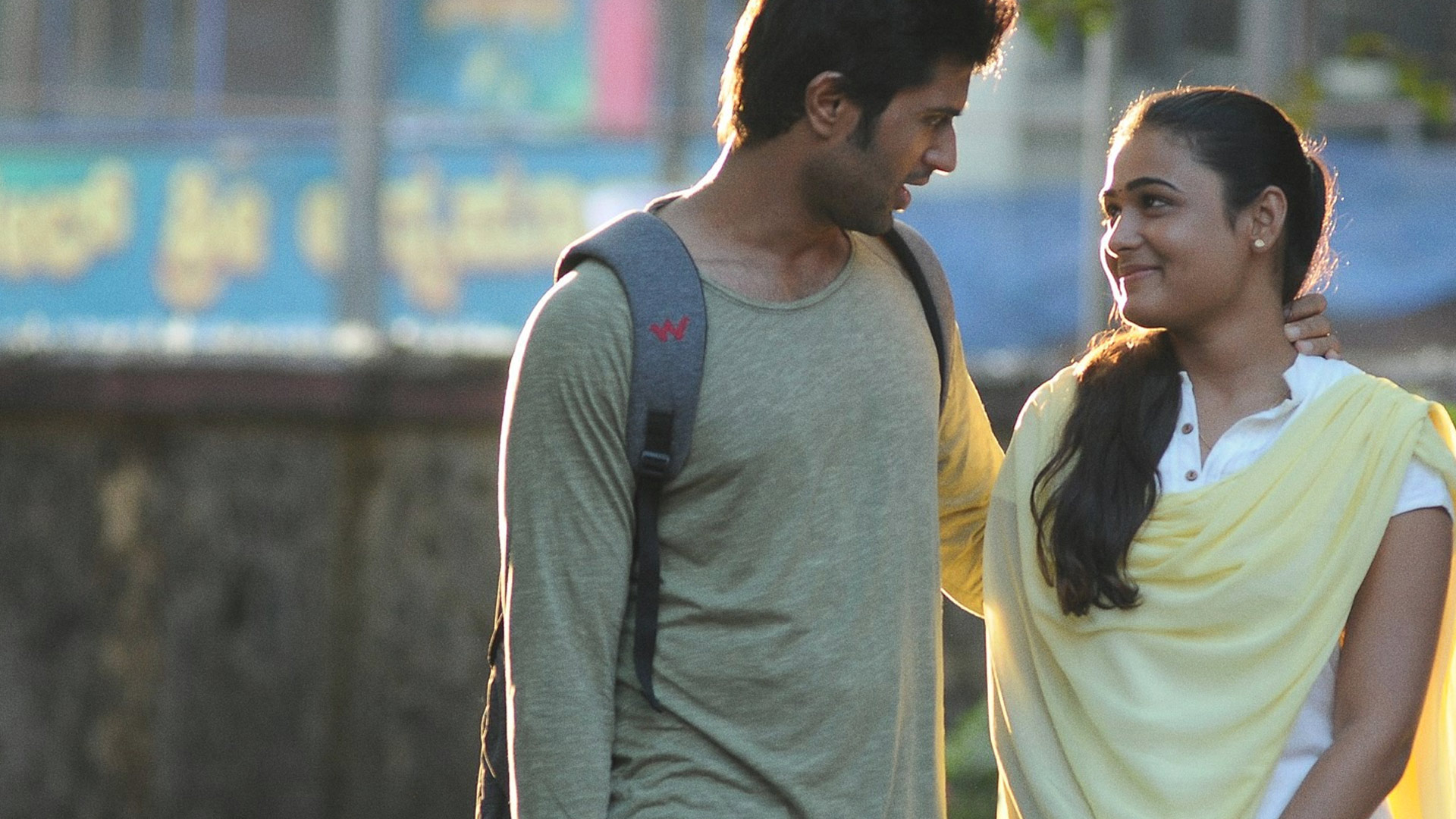 Vijay Devarakonda is the latest sensation in Telugu movies.  His all-time best movie till now is none other than Arjun Reddy movie. It is the debut itself to Vijay as a solo hero.  While searching about the best movie among Vijay Devarakonda’s career ‘Arjun Reddy’ will be the first one in the row. Arjun Reddy is now available on the aha OTT platform.  Let’s check the story, Artistes’ Performances, Technicalities, Highlights, Cast & Crew, etc.

Arjun Reddy movie started new normal in Telugu movies with bold dialogues and scenes. The story is about a love story in medical college.

Dr. Arjun Reddy (Vijay Devarakonda) is a finalist medical student at St. Mary’s College, Mangalore. He is top of the Class, topper of the University. Zero in Anger Management, though.  Can’t control when anger comes.

Arjun Reddy, who does not want to apologize for a minor altercation, is also preparing to leave college. At the same time, he is overwhelmed by the sight of Preeti (Shalini), a newcomer to the First year. He changes his decision to leave college. The proposal of love and acceptance happen one by one.

The relationship between Arjun Reddy and Preethi reaches up to living together, and both decide to get married. But, Preeti’s father has not accepted the love due to different caste. Preeti got married to another man forcefully.  When it is all over, Arjun goes and fights but to no avail.

Preeti’s relatives kicked out Arjun. During the situation, Arjun’s father also kicks him out of the house in anger for defaming him. Unable to get out of the memories of love, he becomes addicted to alcohol and drugs, and finally falls on the road like a bitch. After that, it is good to see the story on the screen. Watch this one of the Telugu movies.

Vijay just lived in the role, especially in anger, uncontrollable scenes, emotional scenes, sentimental scenes that made everything superb. The performance made Vijay Devarakonda a sensational star in Tollywood.

Shalini played the role of Preeti. A 19-year-old is well set as a first-year medical student, with a cute look. Rahul Ramakrishna, in the role of Arjun Reddy’s close friend Shiva and every actor seen in the film, has done justice to their respective roles.

‘Arjun Reddy’ is based on the movie hero characterization. The way the director presented the role of ‘Arjun Reddy’ was super. The audience was impressed by the way Arjun Reddy’s character reacted on those occasions.

Director Sandeep Reddy made a good impression with his debut film. Although the story he chose was a common love story, the way he narrated it was well-received by the audience. Although it seemed to pull a bit here and there …. showed good performance.

The cinematography is good. Occasional songs, background score impress the audience. The dialogues are good. Construction values are impressive.

Aha is currently streaming the Arjun Reddy movie online. There are some reasons to watch it. Let’s find out here…

The romantic scenes between Vijay Devarakonda and Shalini make the audience sleepy. If there are about 25 kissing scenes in the movie, then one can understand the level of romance depth. Vijay Devarakonda’s performance, the cinematic narration being realistic, hero characterization, the way the director works.

Watching the Telugu romantic love movie, ‘Arjun Reddy’, makes the story feel very close to real life. Everyone who has seen the film will be connected to Arjun Reddy. The way the director runs the screenplay without getting bored anywhere from the beginning to the end of the movie is good.

The climax of Arjun Reddy’s movie is impressive, and the audience is satisfied.

Arjun Reddy, a must watch one of the Telugu movies that connect well to youth.